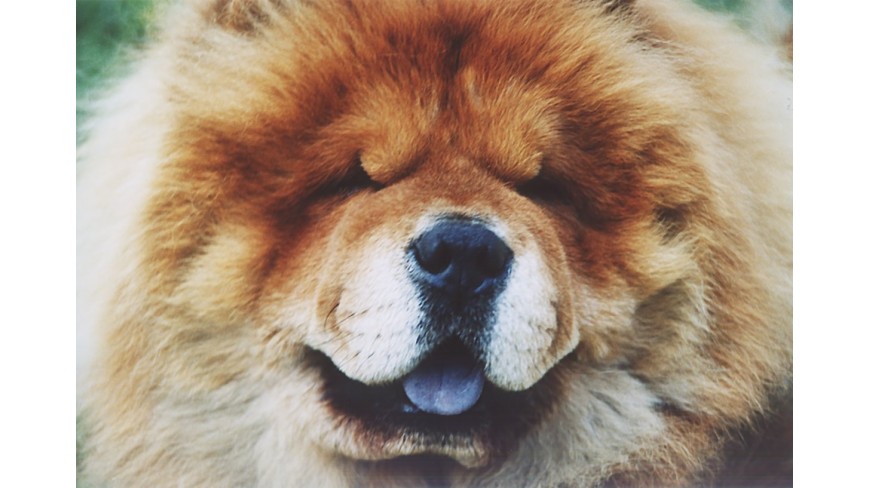 Did you know that a dog's snout is unique? The truth is that there are no two identical snouts, as happens with the fingerprints of humans, dogs also have their own brand. Another curious thing is that the color of the nose can change color, either because of a burn or because of the change of weather season. The nose also helps the dog to stay cool. In fact, the longer the snout, the easier it is to eliminate excessive heat.

Unlike human being, the dog sweats through the pads, otherwise it would be impossible to regulate its temperature. Likewise, they also expel heat through the mouth (by panting) eliminating hot air and acquiring cold air.

Dogs can hear sounds from a distance of 225 meters.

The chow chow dog has a dark colored tongue that varies between black, blue and purple. But why does the chow chow have that blue tongue? Although there are several hypotheses, it is considered to be a consequence of an excess of melanin or lack of tyrosine. Either way it gives a unique and unmistakable look.

Thought It’s believed dogs see black and white, they see life in color, just like us. Although they do not appreciate a wide range of colors like us, they perceive movement much better tan us and are able to focus attention at a specific point meters away. They also see better than us in the dark and distinguish yellow and blue above other colors.

Male dogs urinate much more often than female. That's because urine also serves, in part, as a marker of its territory.

A puppy is born blind, deaf and without teeth. During their first week of life, they spend 90% of the time sleeping and the rest eating.

The smallest breed of dog is the Chihuahua whose recognized weight is between 90 grams up to to 120 kg.

10. The oldest dog in the world

It is considered that the Saluki dog breed is the oldest in the world. We can see figures of this wonderful dog dating from 2,100 a.C. in Egypt. He is fast, obedient and with a calm and sociable character.